(Story of an extraordinary roe deer) 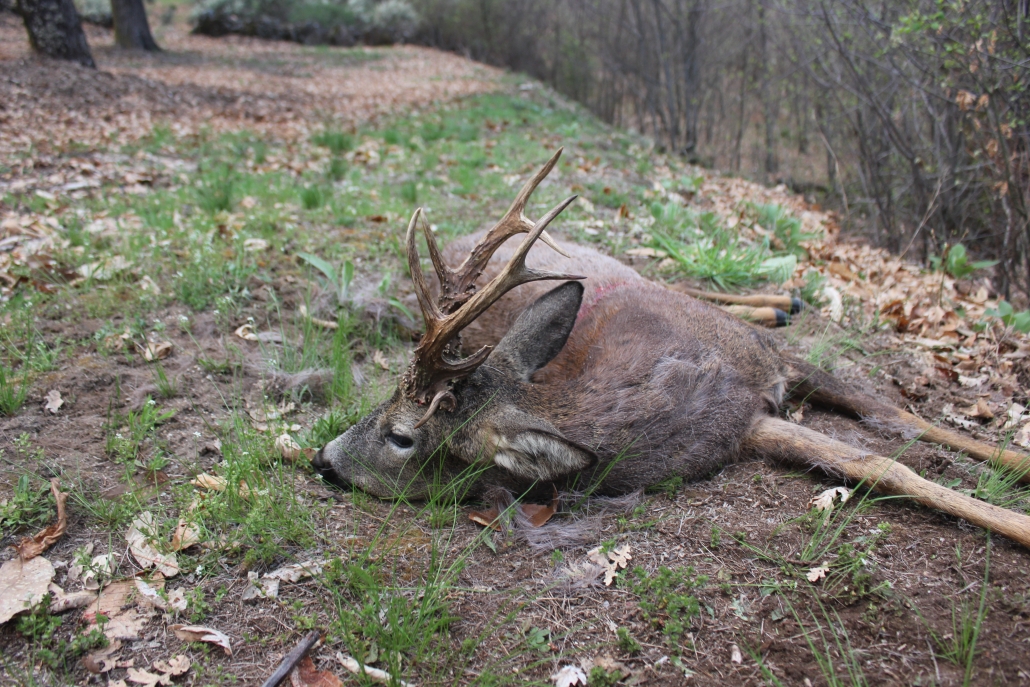 As many of you already know, in the northern part of Spain, which is where I hunt, the roe deer do not become especially large, but, sometimes, one that stands out from the rest comes out, not only because of its score but also because of its peculiarities. of his behavior and how it remains marked among many others forever …

The story of the apothecary begins in a small town in León, where this roe deer, especially small in body size, lived very close to the last houses of the town, defending his kingdom, always accompanied by two females. The name was put by the locals since this roe deer appeared again and again near to the pharmacy of the small town, almost almost in the back of it and that made him baptize as the apothecary.

The apothecary was small in body and clever, very clever. The old people say that the bigest roe deer stick to the town and live very close to it, why? because according to them the wolf does not bother them with the same frequency as in the middle of the mountains and it seems to me a very valid theory that is regularly refuted by large and old trophies.

Going back to history, the apothecary was seen many times in the most infrequent hours for these cervids, 12 in the morning, 5 in the afternoon, and always near of the pharmacy or surroundings.

A man told us that from the balcony of his house he saw him practically every day, and he told us that he was always with two female roe deers whose bodies were bigger than him. One morning, said this citizen, another roe deer almost as big as he came out  where the apothecary grazed with his two females with the intention of challenging him and there they got into a fight at 13:35 in the afternoon in a fight of more than 10 minutes that it was worth seeing; racing, barking, until one event, the apothecary damaged the other male in a ham, an act that ended the fight and an action that made the brave man who dared to challenge the apothecary kinmgdom limping for the rest of his life story…

Another morning a very close friend saw him lying in the middle of a meadow by the side of the road at around 12 noon. He says that he stopped the car to look at it from just 40 meters away and that he turned and when he saw the car he calmly turned his face because he well knew which cars were the ones that were part of the normal routine of the town. This attitude apparently was repeated on some other occasion with people who frequented the place such as the baker, for example, but, as soon as you got out of the car it disappeared in a jump.

And now the challenge began, how to get hunt it? 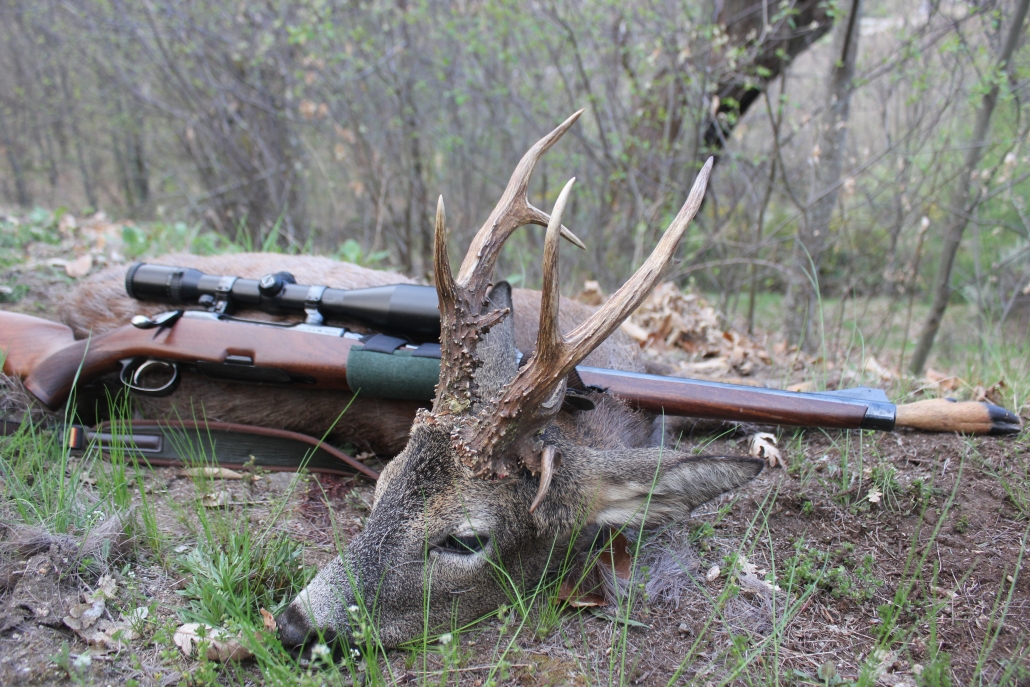 There were many mornings that we looked for him very very early always surrounding the town without success and always entering through the alley of the pharmacy. We saw several males and females loose to a point that began to be exasperating because we had already been behind him for two years and the neighbors who had seen him repeatedly before told us that they had seen him much less frequently for some time and since a month that he had not returned to the pharmacy area.

We continued with our attempts and, on one occasion, we found some bones stuck to a wall of old stones that made us lose faith a bit, because we thought they could be his or that of one of his females, a fact that damaged our hope, but not fully…

The fact is that one morning in May 2012, we tried to get our hands on him again. This time we would go to see some very large nearby chestnut trees that were within range of his area. We got out of the car in maximum silence, as always, and we got everything ready. We set off very early, ready to travel with the greatest of stealth the path that would take us through a sea of ​​green brush to those old chestnut trees much to the taste of the apothecary.

When there were barely 200 meters left and walking between brooms we saw a female roe deer, -all of us gone on the ground- then another female… and, a few meters behind the BOTICARIO !!!

We could not believe it … the two females had noticed something strange quickly and kept their gaze fixed on that exogenous source of noise, … MAXIMUM TENSION … practically squatting, we made a short approach to cover ourselves with one of the huge centenary chestnut trees of the area, to all this, the roe deers did not take our eyes off us !!!

The females were approaching a stone wall with the clear intention of jumping out of the slightest hint of danger that they already suspected and all this the Apothecary behind them eating so calmly. 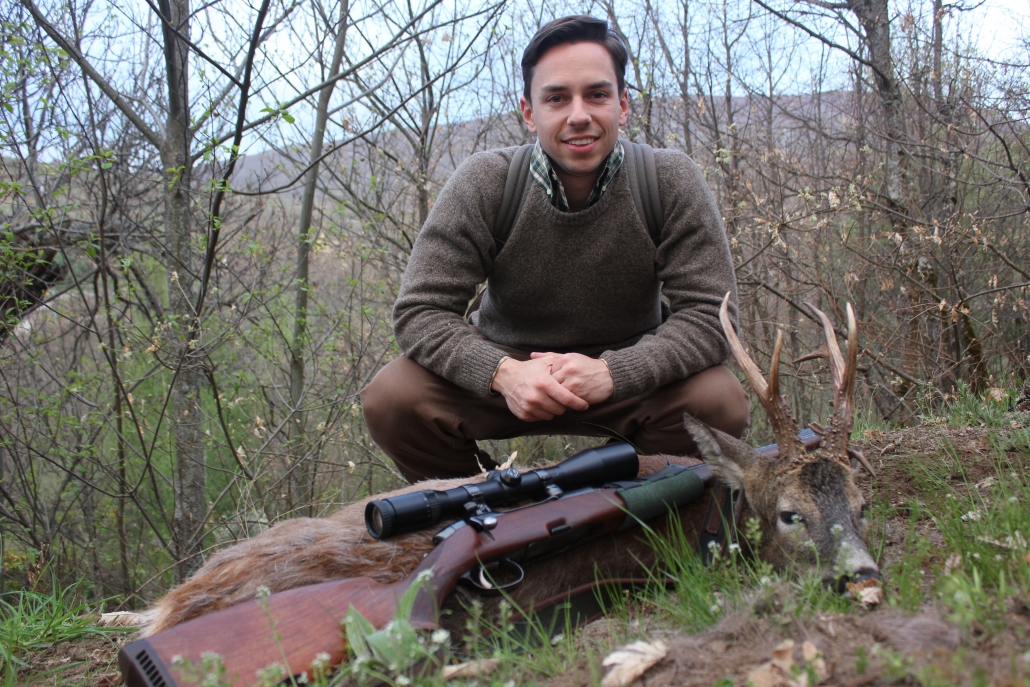 The moment was perfect, so many times sought, you had to finish the job … rifle to the face … tension, breathe, finger on trigger, inspiration, three seconds of precision, a light touch on the trigger and a roar echoing in the mountains and old chestnut trees. Roe deers running, barking, bewilderment and, among the dry leaves, a small body lies inert on the ground with a magnificent trophy unfit for these latitudes, the Apothecary had just become immortal … you can imagine the rest …

And this is how hunters create memories and an old book of stories in which values ​​such as effort, dedication, respect, admiration and a myriad of attributes that underlie the Hunt make us turn our eyes at times. back and think that any past time was always better.

I would like to finish this story by adding that I will always be here publicly expressing my love and passion for hunting, no matter how black the heavens come … and long live the mountain and all those who love it.

THE STORY OF A UNIQUE DEER

Scroll to top
We use cookies to provide you with the best possible experience on our website. By clicking "Accept", you agree to the use of all cookies. In "Cookies Settings" you can decide which cookies you want to allow. You can change these settings at any time by configuring the browser options installed on your computer.
Cookie SettingsAccept
Manage consent