THE STORY OF A UNIQUE DEER 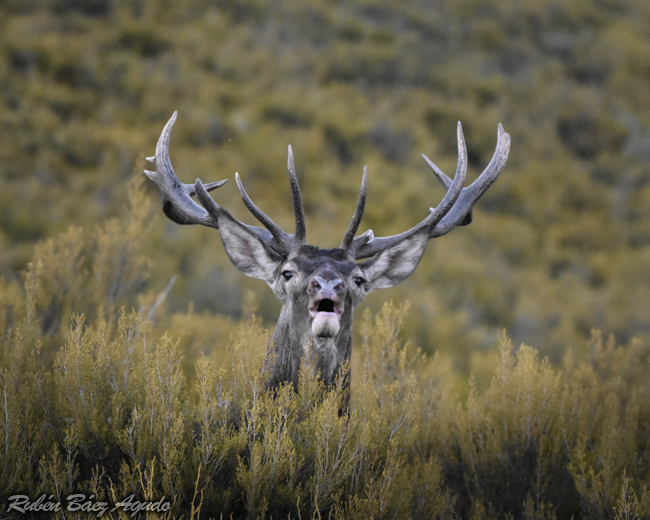 This story happened in the best place to chase the great wild deer of Spain. Every year the Sierra de la Culebra Regional Hunting Reserve and its surroundings make a difference with their great trophies, but it is not simply a matter of points … but of sensations.

Few places boast the magic that the mountains, valleys and streams of Zamora treasure through which the emblematic wolf and deer continue to proclaim their kingdom night after night. And it is there, in the lost lands of Sanabria, where I learned from poachers what little I know. Yes, you read correctly, furtive, and by that I do not mean what is currently understood by this word. I am referring to the former poachers, the now extinct wolfshunters, those who did it to eat, to defend themselves from hunger.

All my respect and understanding for each of them. Those people, some already deceased, others adapted to more comfortable times, were the ones who teached me some of the secrets that the mountain can offer us and how to read it, interpret it and, above all, respect it. Classes like those are no longer given, you can believe me.

The best memories I have always have a common pattern, the bond. For me, it is the truly attractive thing. I’m talking about when your mind focuses on a specific specimen that you have to study in detail – its area, customs and preferences – until that duel becomes completely obsessed  you. You spend the day analyzing what was the mistake that made you fail last afternoon and what could be the error of your animal’s. Hunting by chance, and by this I mean the one that appears under a stroke of luck in front of you, has nothing to do with this, it is something else.

In the red stag rut hunting you usually focus on a particular specimen and that, for me, is a really attractive challenge. That said, I would like to tell the story of a great deer that I lost the game against, but gained some really beautiful moments in the life of a hunter.

THE BEGINNING OF AN OBSESSION 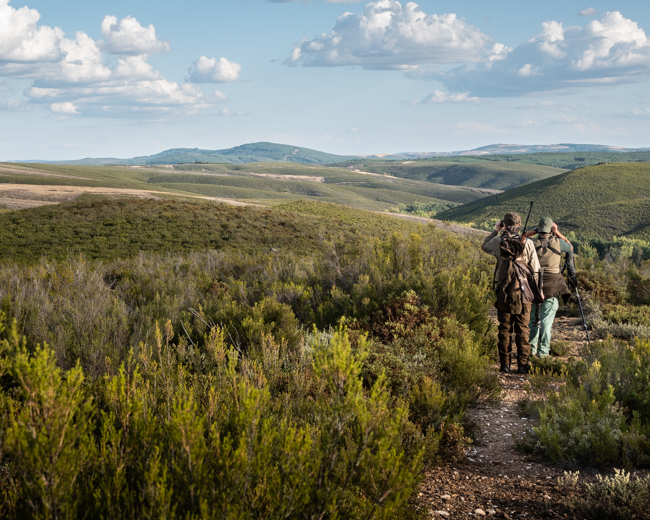 The first time I ran into him was a few years ago stalking roe deer in mid-July. The afternoon was falling browning the mountains while I  was reviewing the cooler nooks of the slope with my binoculars when  a reddish spot back behind some shrubbery caught my attention. Within seconds I saw a truly unique antler appear. It was not a monster, as some of you may be thinking, but it was an absolutely unrepeatable stag because one of its horns was made up of two long rods that turned backwards, drawing a fork like two huge hooks; the other was composed of eight well-formed peaks. It was one of those animals that apear once every many years.

I went straight to the calendar to find out how many days I had left to try to hunt him down in that wild slope with a considerable incline. My new obsession had just been created. When I returned home, while he was driving,  imagined what the new sighting would be like, what I should do when he returned, where the deer would be in the rutting season … I was already hunting.

September arrived and with the illusion of a child I set out towards the unpredictable with my old .30-06 sprfg. I looked for him for days, but he didn’t show up. In my head the idea hovered that he could move towards more populated slopes after the smell of the does, because in that area the density of deer is rather low. 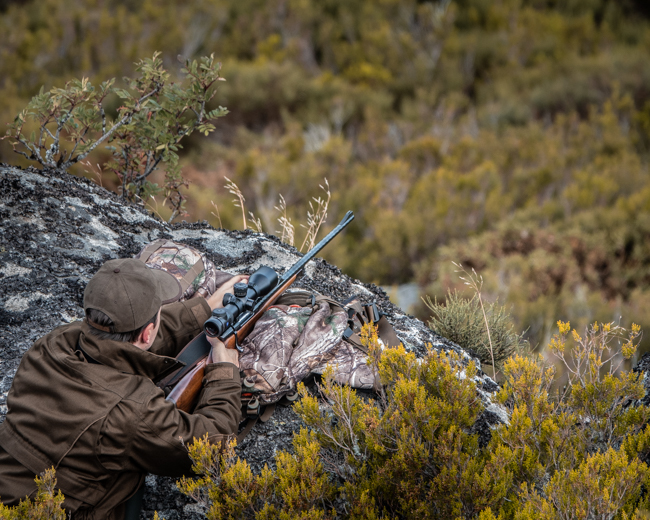 The afternoon of September 23 was at that time when, in the depths of an oak grove, two boars began to scream, mounting a considerable uproar. Wild boars can be the most discreet animals or the most scandalous, they do not have a balanced behavior. The noise was such that a group of four female deers came out of one end of the oak grove to gain height in the direction of the mountains. They were jogging scared runing trough the brush when about 100 meters behind them I saw him appear. Powerful, with well defined muscles, he ran after the females that he did not want to lose.

My binoculars almost fell off. I didnt expect him there, without close support to my rifle. I looked for a way to shoot with guarantees, because I don’t like to do it without being sure. This type of shooting wounds a lot of animals that later gets lost in the bush and never recover. In stalking mode, a shot must offer a high probability of success. If not, it is preferable to wait for new opportunities. I had to resign myself to seeing him disappear among the last rocks of the mountains to be lost permanently. These are the days that are most hooked to hunting, you can believe me.

THE LAST TIME I SAW HIM

Several days passed without finding any trace of deer until, stalkingon an October morning, I tried to imitate a stag bellowing, hoping that the deer would react from the depth of some brush or that some doe would stick its head out. On the third try I saw him appear. He peeked over a hill about 360 meters away. Imposing, he was looking for the source of that challenge. I was able to enjoy the beautiful image of that precious animal with a tremendous neck, already swollen from the days of bellowing, he was scrutinizing, he was distrustful, to try to discover who dared to intrude on its domain.

I quickly turned to the rifle and lay down on the rock. When I tried to put it in the rifle scope, the first morning lights, which fell directly horizontally on me, clouded my vision. The tremors from the nerves made the moment more complicated. I got to see how he started his way towards a group of oaks and, immediately afterwards, see his back disapering on the brush. What damn!!

I came home thinking that deer more mine than ever. She was so in love with him that not a day went by that she didn’t think about when she could return and how she should enter his zone. I looked for him day after day, mornings and afternoons, until, on a cold afternoon in late October, with the last heats of  stags rut, I could see him more than a kilometer away as he walked away through a wide valley very far in a tremendous ravine. I saw him get lost in the depths of the mountain, there where access is almost impossible, never to see him again.

A SCAR IN THE MEMORY 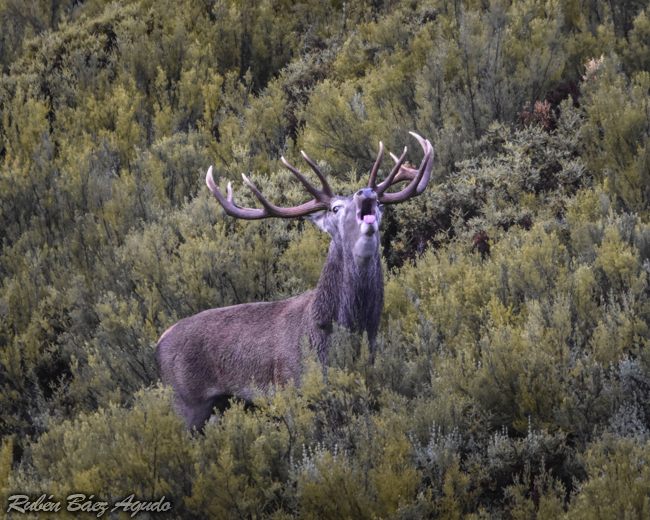 I’ve looked for it dozens of times in the years since, but to no avail. I try to imagine what his destiny will have been, and I wish him a wonderful life there in the greenest meadows, escaping from ambushes of wolves, avoiding human intentions, in the depths of that valley where he got lost to take something of me with him, Well, ten years have passed and I remember it as if it had been this afternoon.

The value will never be in the trophy but in the hours of effort, care and dedication that are involved in the hunt. This deer will always be one of the greats for me. This is how nature makes small indentations in the memories of a hunter like in the old wood of a rifle, where marks and scars give that incomparable essence to life and adventure that the wildest hearts need so much. 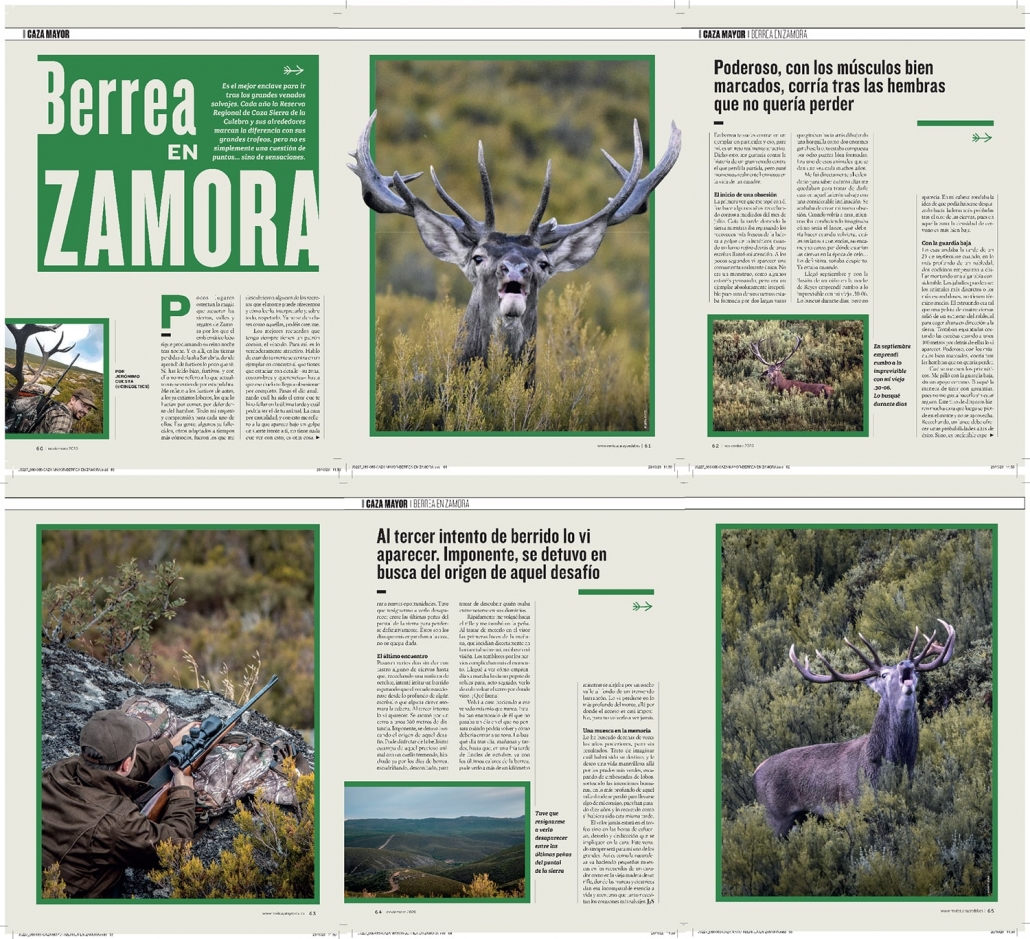 THE MONSTER OF THICKNESS

The Apothecary
Scroll to top
We use cookies to provide you with the best possible experience on our website. By clicking "Accept", you agree to the use of all cookies. In "Cookies Settings" you can decide which cookies you want to allow. You can change these settings at any time by configuring the browser options installed on your computer.
Cookie SettingsAccept
Manage consent