THE LEYEND OF THE BLACK WOLF 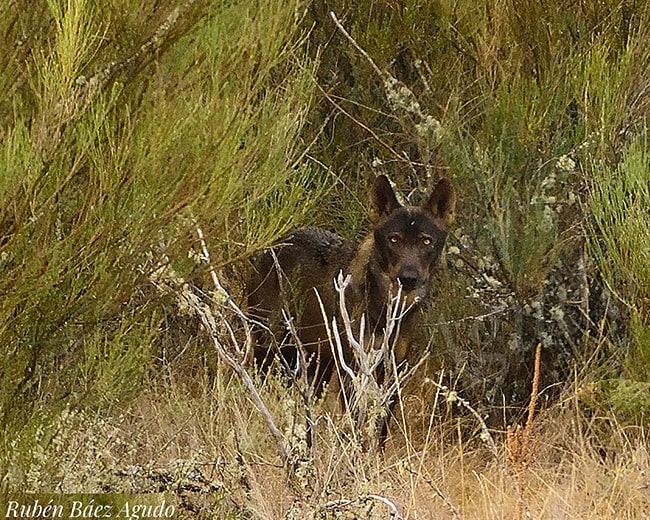 When I heard the story for the first time, I did not believe it … two men came down to town shouting terrified, and with faces of fear:

I was in the village bar that afternoon (in which was also the mayor, Avelino), having a beer with a friend from the village when suddenly this scene appeared to which I paid attention.

-Another dog killed us, Avelino, it was the same one, I’m desperate-

One of the two men said:

-I stopped working with herds of sheep because of the wolf and now he is going to make me leave the cows too. That animal is huge and when you confront it it comes to you, this cannot continue like this, in the end a misfortune will happen with someone, we have to try to hunt it at once-

THE DESPERATION OF A WHOLE PEOPLE

The desperation of that man was palpable and you could still see the expression of fear and helplessness on his face. Apparently and according to the rumor, a great black wolf had been prowling for more than 5 years through a thick slope of pines and every time someone or something passed near there, it used to come out to meet, defiant and with an unprecedented aggressiveness that It kept the town in suspense and especially the ranchers of the area who saw again and again how their sheep, cows and dogs suffered the wrath of this great lone wolf who assumed 70% myth and 30% reality . What if he was black, what if he was not a wolf, what if he was huge, what if … it seems that they had made more than 6 attempts to hunt him down without any success.

A WOLF WITHOUT FEAR

Once, a certain Julián aka “Senín” went out one night in August to have a cigarette at the door of his house (one of the last in village) and when he had already a couple of puffs he heard a strange noise to his right, he raised his sight and saw nothing, although the noise persisted. After a few seconds he swears that he saw a black wolf appear in the middle of the road towards the town. The animal, in the presence of Senín, freaked out a few meters, but stopped, turned around and began to walk slowly towards him again … Senín, seeing him approach, began to shout voices and throw stones which it definitely scared the wolf who ran off and got lost in the dark. This man, very impressed, claimed the same thing, that he was large and very dark … 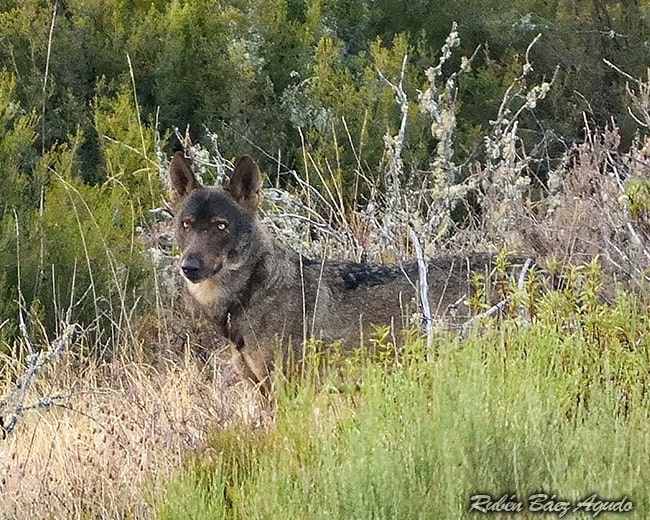 Another man named Marcial claimed that his dog, who slept in the back corral, disappeared one night in September when he went to the parties in the town next door. He says that when he returned, the fence of the corral was down, and the dog was not there. What he does assure that he saw was the dog’s hair scattered on the ground, a great damage in the garden and some footprints that came from outside and apparently disproportionately large for a dog. He says he is convinced that it was that black wolf, since he had seen those same footprints on the hillside of the pines when he went up with the cows in which it appeared repeatedly.

This wolf had given rise to numerous stories and legends that I insist I did not believe 100% until one day, and after the aforementioned anecdote of the bar, I decided to climb that hillside where there was a crossroads where they claimed it was better nor get close. And what was my surprise that without much searching I saw some footprints that strongly attracted my attention due to their disproportionate size. 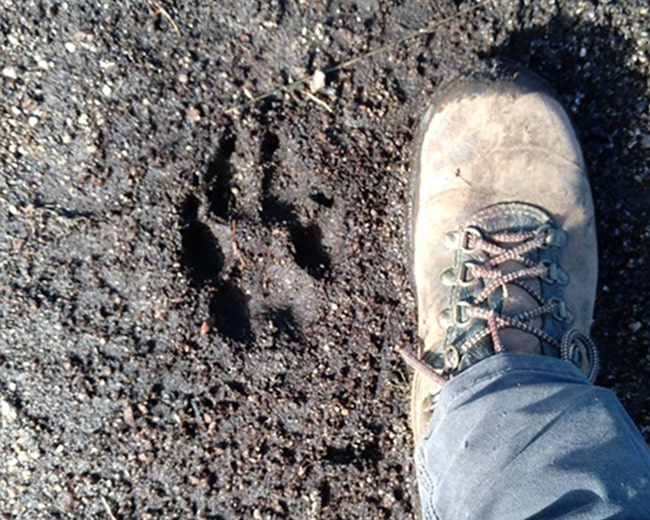 Being honest and having seen many wolf tracks, and the wolves themselves on numerous occasions, I was very impressed by the size of that footprint to the point that a slight chill ran down my back as I was giving it to the dark pine forest from which the supposed wolf came out, I began to remember each and every one of the stories of the famous wolf and I walked away from there.

I have not gone through there again and due to life circumstances I have little by little lost contact with the friend of that town, but I am not lying if I tell you that sometimes the image of that footprint returns to my memory and I often wonder what It must have been that wolf and his legendary story.

THE MONSTER OF THICKNESS
Scroll to top
We use cookies to provide you with the best possible experience on our website. By clicking "Accept", you agree to the use of all cookies. In "Cookies Settings" you can decide which cookies you want to allow. You can change these settings at any time by configuring the browser options installed on your computer.
Cookie SettingsAccept
Manage consent